How to select flotation machine in concentrator? 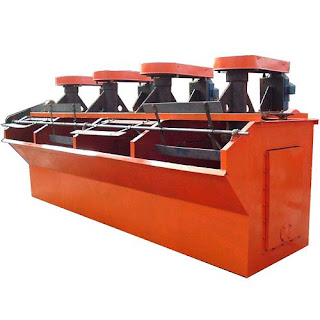 Is the flotation processing ineffective? Have you taken these eight factors into consideration? 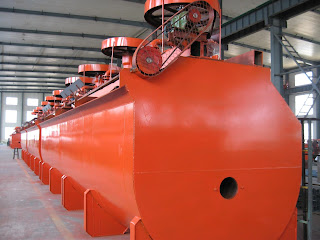 In the process of flotation by flotation machine , there are many factors affecting the flotation effect, including iradjustable factors and adjustable factors. Non-adjustable factors refer to the nature of ore. Adjustable factors include grinding fineness, pulp concentration, pulp acidity and alkalinity, reagent system (prescription), pulp temperature, water quality, flotation time, etc. Do you know how these factors affect the flotation process? flotation machine 1. Ore properties Ore properties mainly include chemical composition, mineral composition, structure and structure, occurrence state of useful and harmful elements, physical and chemical properties of ore, etc. The fluctuation of raw ore grade will increase the difficulty of controlling flotation process conditions. Among them, the oxidation rate of ore has a great influence on flotation, mainly as follows: A. The oxidation of metal minerals and gangue minerals will change the original mineral and ore structur
发表评论
阅读全文 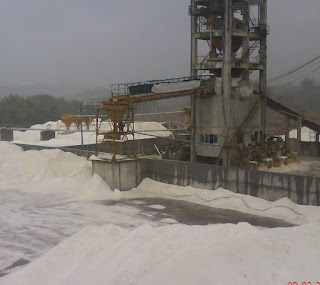 Quartz sand is mainly composed of silica, which is an important raw material for nearly 100 kinds of industrial products, such as glass, electronics and electrical appliances, optical fiber semiconductor, water treatment, mechanical casting, artificial quartz stone, daily ceramics, metallurgy, superhard materials, chemical industry, cement, functional filler, petroleum drilling, etc. Distribution of quartz resources China's quartzite deposits are mainly distributed in Qinghai, Liaoning, Shanxi and other places: quartz sandstone deposits are mainly distributed in Sichuan, Hunan, Jiangsu, Zhejiang, Shandong and other places; quartz sands are mainly distributed in Fujian, Guangdong, the south of Guangxi, the northwest of Hainan and the north of Shandong, and there are also the eastern part of the West Liaohe River, the middle reaches of the Yellow River and the banks of Panyang lake and Luoma Lake. Quartz sand production In terms of quartz production, China's qua
发表评论
阅读全文

Great use of quartz sand powder!

十一月 25, 2019
quartz sand powder for coating and painting High purity quartz sand powder has special optical properties that conventional SiO2 does not have. It has strong ultraviolet absorption and infrared reflection characteristics. The addition of silica powder to the coating can form a shielding effect on the coating, achieve the purpose of anti ultraviolet aging and thermal aging, and increase the thermal insulation of the coating. The hardness and adhesion of the UV curable coating are improved and the absorption of UV radiation is weakened by doping high-purity silicon powder into the UV curable coating. Thus, the curing speed of UV curable coating is reduced. High purity silica powder has a large specific surface area, shows great activity, and can form a network structure when the coating is dry. At the same time, the strength and finish of the coating are increased, the suspension of the pigment is improved, and the color of the coating can be kept unchanged for a long time. The amo
发表评论
阅读全文

In 2018, the market scale of China's quartz sand exceeded US $3 billion, and the demand for high-purity quartz sand grew rapidly